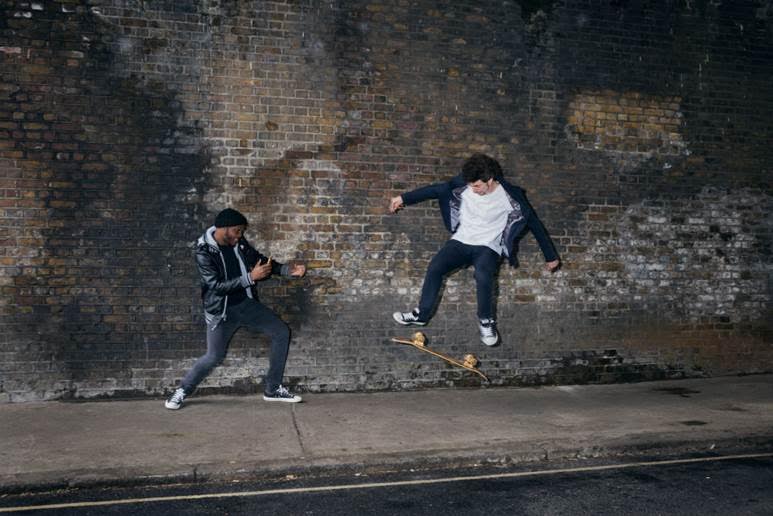 Last month, Be Street Magazine organized the last edition of its festival happening in Paris. Among the incredible line-up, Paul White & Eric Biddines delivered a live performance of their brand new common project The Golden Rules. We took that opportunity to interview the band on a rainy monday evening.

By the end of 2014, Paul White released a new solo downtempo and melancholic project Shaker Notes (ranked in our Top Albums of last year) through the amazing R&S Records. The 11 tracks had been entirely recorded in the artist’s London-based studio on his own : the multi instrumentist Paul White enjoys playing tons of instruments by himself. We knew the guy mostly through his experimental and avant-gardist beats used by the likes of Danny Brown or Guilty Simpson. This year, he delivered a new record with the MC Eric Biddines under the moniker Golden Rules. We interviewed them about their motivations and their outstanding work methods.

How did you guys start working together ?

P : I had Eric’s album and I liked it. It turned out he also liked my stuff so we started working together. My manager Alex and I sent a lot of stuff to Eric and within a week he sent back 4 finished songs which is very rare. Usually, you get some verses or one full song only. I was blown away ! Two of them ended up on the album. One song was about relationships and, at the time, I just broke up with a girl, I felt really connected to it. Right at the start we had that special connection. We just kept sending each other music. I sent him instrus and he sent back vocals, it all happened very naturally.

Have you been in studio together ?

P : No. It happened all over the Atlantic, by email.

Eric, how did you live that situation ? Receiving all those beats and then rapping over it all by yourself ?

E : It was cool. I didn’t collaborate with many people at the time so I enjoyed working with a different producer as I was in the US and he was in the UK. It was attractive to be able to do that. It was totally different from what I was already doing. It was challenging. I wanted to experiment it, which I did, and it was incredible.

When did you decide the album was finished ? You both lived far from each other, at some point you had to end this project.

P : We had way more tracks. At some point, we had 17 or 18 songs. We wanted to make an album that, when you listen to it from the beginning to the end, you always remember the beginning. Like a whole journey. If that LP was too long, we could have lost the impact we wanted to create. We needed tracks we both really loved. And we decided 10 or 11 songs were way enough. Again, it was natural that’s why this project was so special to us. At the end of the process we realized : “Whooo, we have an album !”. At the beginning, the album was meant to be straight hip-hop but we both love many types of music and I liked Eric’s singing so we decided to have that soul and R&B background. The whole package sounded really good.

When you’re on stage, do you perform the album only or do you add other tracks ?

We defend the album only, at the moment anyway !

Have you rehearsed for this ?

E : Paul has his studio based in the South of London. It was really easy, we have a band rehearsing with us : background vocals, saxophone, drums. We plan on expanding it.

Paul, How did you decide to go back to the Hip Hop side as a producer ?

P : I never left, I was producing the album in the same time as Shaker Notes. It’s not because I started this project a few years ago that I abandoned beats. I just love doing as many things as possible. I hate putting things in boxes and separate everything. Music is music, if you feel it, do it. I feel really lucky to be able to do all those things. So I keep doing both. One day I might play the guitar, the other day feel African inspired, then get back on the MPC.

In your Boiler Room you perform on several instruments. What was the first one ?

P : The first one was piano and guitar, I’ve been playing them both since I was a kid. The first stuff I really wrote was on a piano. I wish I had recorded some of them cause I had 10 or 11 songs and I can’t remember any of them. I wish I could hear them now, even if it might be rubbish ! Hip Hop really inspired me to play because HH comes from different genres. When I was young I was more into rave music, hardcore, jungle… Everything ! And I came to a point where I wanted to do it as well. I wanted to play drums, guitar and many other instruments. I wanted to do so much… So I got limited at some point. It can be a problem ! You wake up and there are so many things you want to do that you don’t even know if you’ll have the time for it. I needed to be disciplined.

You’re together on the album but you’re both alone on your side. Do you think you’ll be ready to produce with someone in the studio ? You seem really independent.

P : If I’m honest, I feel more comfortable on my own. I take my time, I do watever I want, in my sleepers… Being in a room with someone is more challenging. With Eric we feel like long lost brothers : we have the same soul, same spirit so it works out ! So whatever works for you. If you feel more comfortable on your own, that’s fine. In the end of the day it’s all about the music.

How do you feel about this Eric ? Do you prefer being with a producer or rocking it by yourself ? What motivates you ?

E : I can do everything but I prefer doing it alone. I think I’m more creative in my own space, to experiment for example. I wanna do it by myself, leave me alone !

E : Yes, I can do it in the studio as well but a lot of people are watching, I want them to see that !

P : We wanted a bigger platform. It’s tricky with labels because when you are signed on big ones, you may be forced to do things and small ones may not give you the audience you need. With Lex, we felt like belonging to a family, it all happened very naturally. They loved the record. We were pleased to work together. We felt supported and we needed it. They were in charge of the promotional side so we had the time to stay creative.

R&S used to be a small label, now it’s become a huge platform when it comes to electronic music. Does the original spirit also still exist ?

P : I think so yes, for what I have experienced, there’s a united family. It’s managed by a couple, they invited me to their house. You can tell when someone is passionate and does it from his heart. And we need that, because we’re all passionate. I felt lucky to work with them, then with Eric, Lex… It’s as simple as this ! We’re also grateful to people like you guys. We need help and passionate people. I think we’re all a big family !

Can you tell us about your creative process ?

P : I worked alone on my last album. Music is fun. I try to challenge myself. I try not to think when I’m doing beats. I just sit down and get inspired by my feelings on that day and as you said by documentary, everything. I really clicked with Eric so that’s another side of the process. It’s magic ! This collaboration happened at a time of my life where it meant something.

You were producing your solo album in the same time as Golden Rule’s LP, Did you have to decide which beat will go on which project ? Did it came naturally ?

P : It just came naturally because there are some stuff on Shaker Notes that I would never give to any rappers ! Still, it was a personal challenge. You want to grow and expand.

Challenging yourself is very important. Which relation do you have with your old albums and EPs ?

P : Life is a progression. I’ve always dreamt to have a vocalist, so it’s great to see that collaboration with Eric achieved. I’m proud of everything I’ve done and I’m happy to see I progressed in my work. I want to keep growing. I don’t really listen to my stuff at home.

Mos Def is the only guest on the album. How did that happen ?

P : Mos Def wanted to be a part of it. We both obviously love Mos Def. We sent some of our stuff to a friend at Because in Paris and he knew Mos’ manager to whom we sent our favorite beat and he also loved it. It was an honor, like a dream. He’s amazing, he has such an energy. He was amazed by Eric’s MCing.

Eric, would you like to collaborate with other rappers ?

Paul, we had a question about your album The Purple Brain : is it exclusively made by samples from the same band ?

P : It comes from a band called ST Mikael from Sweden. It’s incredible. Egon from Now Again (Stones Throw’s division) sent me a hard drive full of music. I made the album in 3 weeks, I couldn’t believe it myself. I had an email saying Egon loves it and wants to put it out as an album. It’s one of the most magical experiences in my life. I could get in touch with him : he sent me an email saying that he wouldn’t expect someone to use his music this way and he loved it as well. It was really amazing. When you sample someone, you can think this guy is going to hate you for that. But he liked the creativity in it.

Paul White & Eric Biddines are two incredibly nice and grateful human beings that we would like to sincerely thank for their time ! Big up to MPC Prod who made this interview possible. 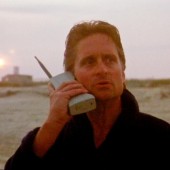 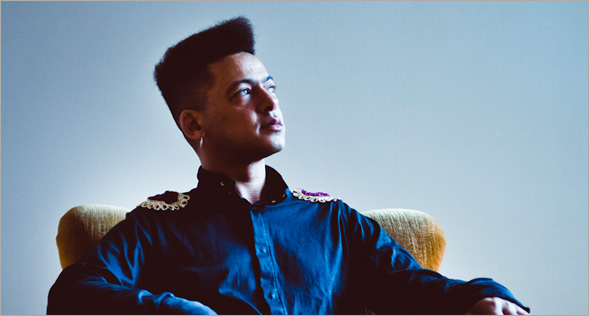 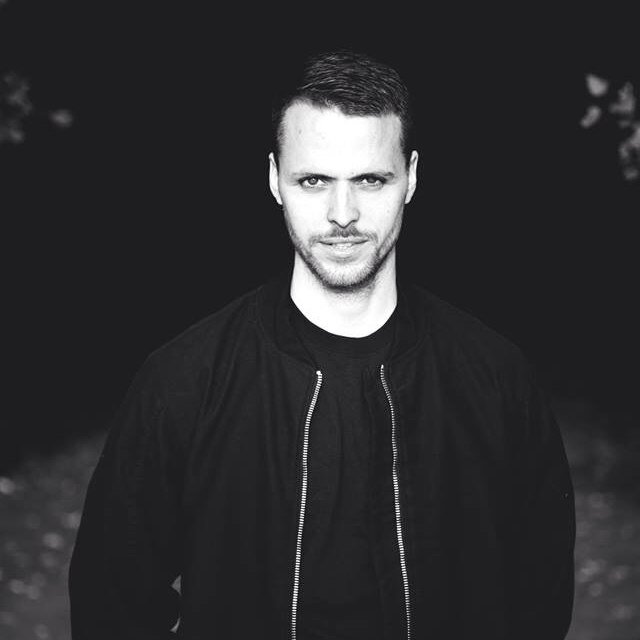 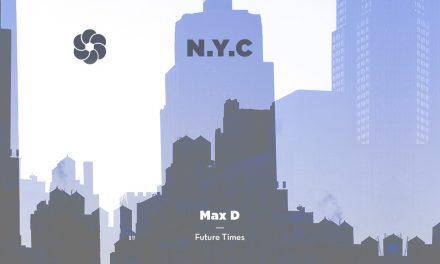 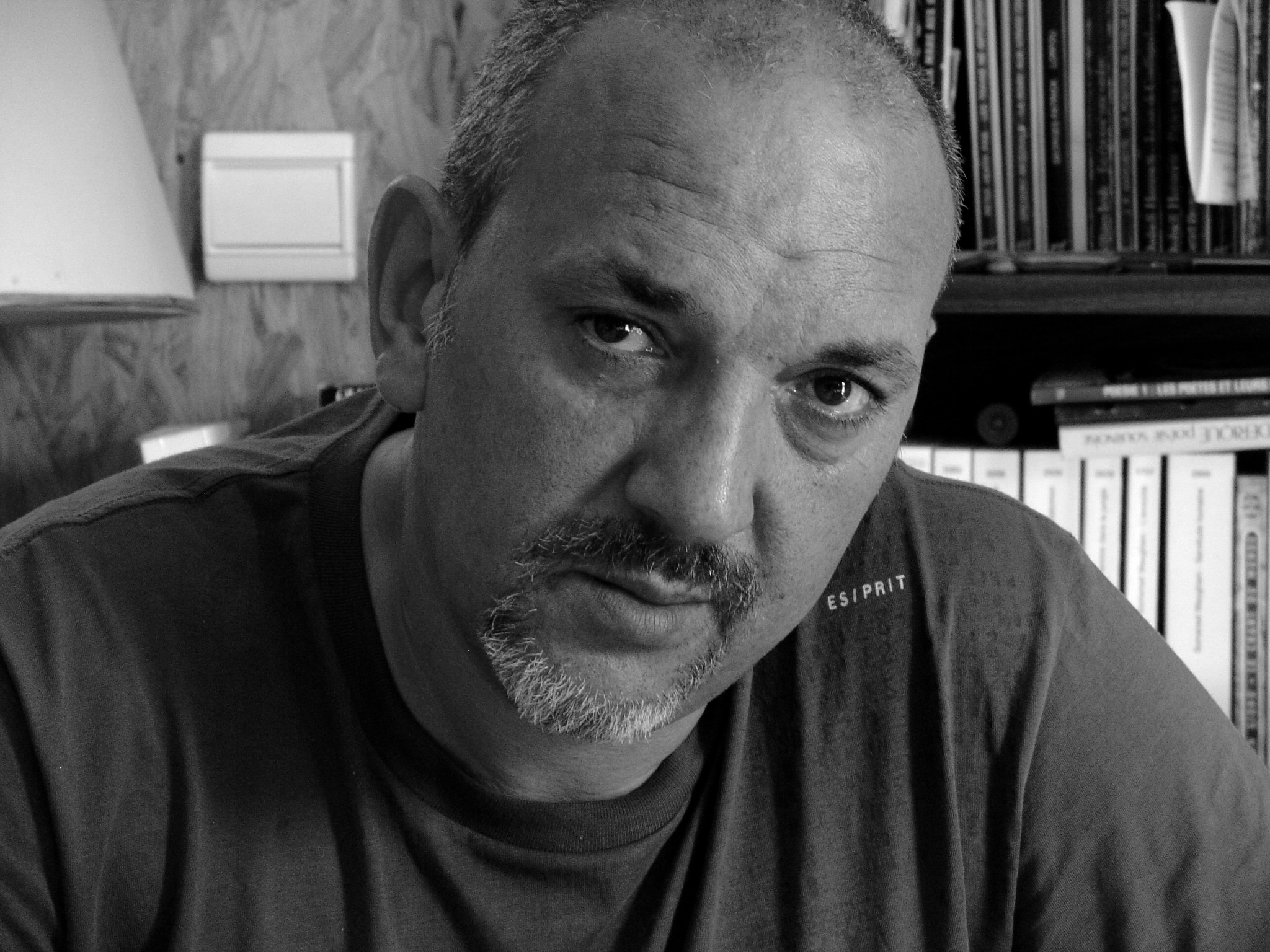 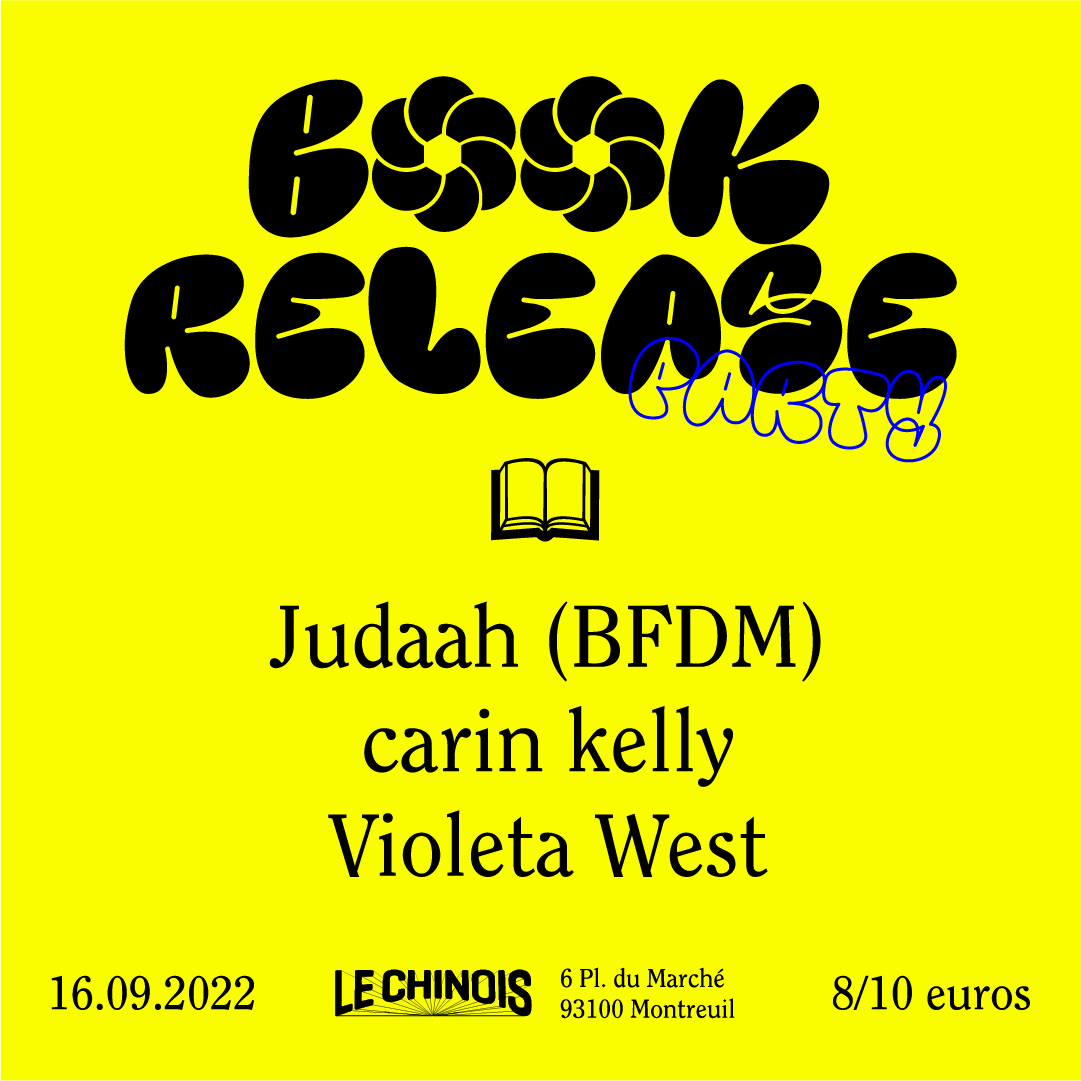